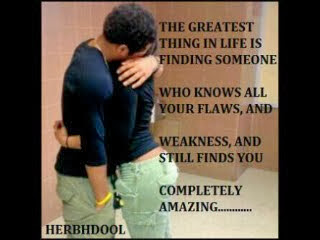 I have heard cases of ladies saying they have been jilted after three,four,five or more years of relationship. Often times the relationship has not been well defined! One of the party has been cruising around, whiling away time till someone ‘better’ comes along. That’s why you see someone break off a ‘relationship’ that has been on for years only to get married to someone else just three months later!
Ladies! Guys! Yes! Most times it doesn’t really take so much years for you to know whether there is something worth your while in that relationship. J.J Omojuwa said this in his article and I quote, ‘If the purpose of getting into a relationship is to get to know the other person, then two things are possible; the person fits in or does not. The reason why people get hurt by break-ups is because they see the relationship as an end in itself and not a process.

There’s this mistake about dating having to always lead to marriage. It is only better for both parties to access the state of their relationship and admit the truth. There can only be one of two possible truths; that you are compatible and marriage will work or that you are not, so the best would be friendship.
When break-ups lead to broken bottles, bloody faces and torn shirts then you know someone is desperate to keep what does not belong to him or her.’
So my admonition is, define that relationship! Zone it! Are you just friends- friend zone? Are you dating-boyfriend/girlfriend zone? For how long(depending on both parties especially the ladies)? In a courtship? Has he really pop ‘the question’-fiance/fiancee zone? Are you just assuming? Are you living in self deception?
Its no use staying with someone that’s treating you horribly while making excuses for his/her behaviour. You can change no man or woman! What you see now will be ten or more times magnified in marriage. So don’t overlook now what you can’t eventually live with!
Above all, invite God in! Ask Him questions! He is the one that started the concept of ‘Relationship’. God has a way of revealing the secrets of the hearts of men(women). Love is not just a feeling. Its much more than just a feeling! Its a commitment! Don’t take leave of your senses because you are in love. Love is not blind!
Wow! Straight from my heart! I can go on and on and on but I think its better I stop here! Watch out for my next post titled ‘Why I love homosexuals!’.I am sure this is one post you won’t want to miss! Till then… live a life that counts!