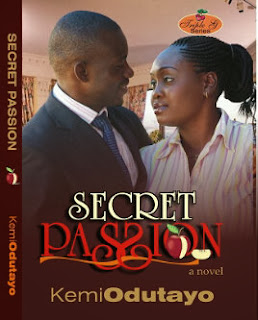 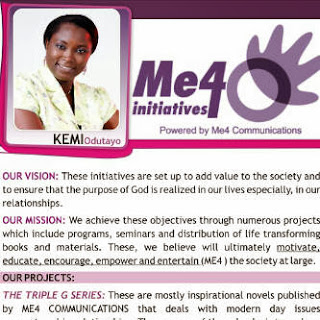 Hi friends! February is on the march again; on the march to the month of March! Lol! January has come and gone and here is February. My very own month of possibilities! I beg of you dear friends, in this new month, refuse to be comfortable with the status quo! Yes! Yes! Yes I know it feels bad to fail but it is worse never to have tried to succeed! Remember, people who fall the hardest(or fail woefully) bounce back the highest when God is involved! Hmmm. I just discovered that I might not be able to post the book ‘Secret Passion’ chapter by chapter as I initially intended. Please pardon me! But…just flow with me as I believe we have one or two things to learn from each other.I will really appreciate your feedback though I learnt its been difficult posting comments on this blog. I assure you this issue will be rectify very soon. Today, am going to be posting the review of ‘SECRET PASSION’ as written by Omiko Awa on his blog. Happy reading!Godly Counsel For The Unmarried Omiko AwaFED up of her excesses, Dolapo turns a new leaf, leads a new lifestyle and moves closer to her God. She accepts the precepts of Jesus Christ and maintains the Christian tenets. Her parents, Mr. and Mrs. Sodipe, were initially not bothered about this change, but become apprehensive when at 35, the men that used to visit their daughter, Dolapo, had stopped coming; yet, no one insight to hold, as a potential suitor. They are eager to see Dolapo give them a grandchild, as they are getting no younger any more.
Dolapo’s firmness to her belief gets to the point that her boss in the office, who uses her as a bait to get contracts from his numerous male friends like the parents wish she returns to her old lifestyle for the gains — car, marriage and other pleasures — which the likes of Mr. Demola, a man about town, is promising. Standing at a crossroad the lady takes her plight to God in prayers. She fervently prays for hours until she gets the assurance that her saviour and guide has answered her pleas. But was her prayers truly answered?
The 176-page thriller written by Kemi Odutayo and the first in the Me4 Communication Triple G Series lucidly unwinds the challenges matured singles face before marriage.
Hunted by his failed past relationship, where he had allowed his flesh instead of the spirit of God to lead him to propose marriage to a sister, Segun treads with caution with Dolapo; a lady whose virtues matches his. They met by chance and ever since he has not let her go of his mind; though he observes her from a distance. Learning from his past mistakes, Segun presents the matter to God in prayers. Both develop fondness for each other without showing it until Segun summons courage to tell his secret admirer, his desires.
An answer to Dolapo’s earlier prayers, Segun true is. Though, she would have missed him, had she allowed the pressure mounted on her, by the society, family and friends, take the better side of her. In fact, the daredevil almost made Tunji, a brother in the Church, who was infatuated with her, to derail the wish of God for her, but God delivered her from him.
Secret Passion tells the youth that the period of waiting should not be dedicated to grooming body beauty alone, but to develop the inner beauty, build career, make positive impacts, move much closer to God and plan for the future.
Creatively linking each phase together, Kemi through Segun depicts how mature Christians could bring up young ones through exemplary lifestyle and correcting those involve in secret and open sins with love. She also unveils that the youth need mentors that would expose the dangers of their excesses to them. This, she shows with Anne, a professed Christian who wanting to be like others, lusts after Tolu, one of the twins, who seizes the opportunity of his elder brother’s absence to cohabit with her in his brother’s apartment. Caught in the act, Tolu had expected the worst from his elder brother, Segun, who through love, brotherly counsel and exemplary lifestyle makes the two lovebirds learn that sex is meant to be consummated in marriage and doing it outside of it, means incurring God’s wrath and bringing harm to themselves.
Despite man’s weakness to sin, Kemi admonishes her readers to avoid trading on danger zones as such areas could lead to perpetual fears and future regrets. She also cautions the youth against allowing the fear of tomorrow and the unknown to rule their lives or make them give to the demands of the flesh as an assurance to overcoming such fears or protecting their tomorrow. She upholds that premarital sex is not a guarantee to marriage, but an avenue to sow seed of hatred and sadness.   The 176-page thriller serves as a guide for matured singles for to make the right choice in marriage. It urges this class of singles to put their trust on God, irrespective of their age, because with God no time is late.   Secret Passion fills the gap between a secular romance and a religious novel. The storyline is simple and clear. In fact, Kemi’s lucid style of writing would make readers to see each chapter as a moving picture with the characters coming so really and captivating that you may not want to drop the book till you finish it. A wonderful review won’t you say? Till my next post…refuse to be comfortable with the status quo!