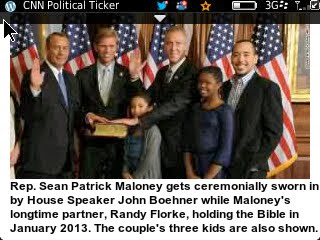 Great day friends. I am so glad to be back. Hope things are going on
fine? Lets remember that every new day is another chance to change our
lives. Dare to take a chance; a calculated risk and see what God can
accomplish through you. Someone once said and I quote, ‘Carry God in
your heart and He will carry you on His shoulders.’ He is more than able to help us accomplish our goals! One with God is majority!

I want to take a little break from our discussion so far on the guy/gal relationship. It goes without saying that my promise of posting my book, Secret Passion will also need to take a back seat. So sorry to have disappointed you. I will certainly make it up to you. I just felt its imperative that i share my own opinion on this topic, ‘Why i love homosexuals.’ At a point I was tempted to change the title of this post but at the last minute…I decided against it.

Funny enough, my love is not just limited to homosexuals but to the entirety of their group ie GLBT. GLBT stands for GAYS, LESBIANS, BISEXUALS AND TRANSGENDERS. Its actually a case of loving the SINNER but hating the SIN! 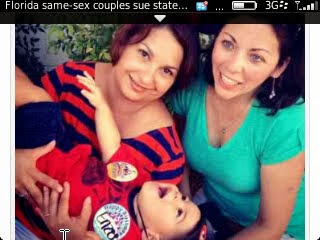 TRANSGENDER are other groups of either male or female who though were born biologically as either a boy or a girl believe their sexual orientation(how they are feeling) is different from their gender.

Wow! I hope you are not confused? Lol! Actually, its not a laughing matter! One thing that is definitely clear about GLBT especially the homosexuals (gays and lesbians) is the facts that they are not animals but human beings created in the image of the Almighty God. And guess what? I love them with the whole of my being!
Yes! I love homosexuals and I am bold to declare it wherever and whenever!  However…the concept of homosexuality and in fact the whole GLBT ‘phenomenon’ is beyond me. My mind can’t grasp it! Its so apt to say truly ‘when purpose is not known, abuse is inevitable! ‘. Based on my belief, articles written for and against, confessions/testimonials from known gays and lesbians, I have come to believe being an homosexual is a matter of choice/preference; a sexual preference and not inherent as some would like us to believe calling it a sexual inclination/orientation.

Marriage as instituted by God was between a man and a woman; between Adam and Eve(not Steve) as some have humorously pointed out in their arguments. Marriage I believe is for the express purpose of companionship, sexual pleasure and procreation. Based on this, I wonder how the human race can procreate and replenish the earth if men start marrying men and women start marrying women.
In article written by Reno Omokri, Special Assistant to President Goodluck Jonathan on New Media, he defended the anti-gay bill that has just been recently
passed into law by the President. He said and I absolutely agree that homosexuality is against Nigeria’s culture, Christianity and Islam. President Goodluck Jonathan has however, faced criticisms in some quarters for signing the Same-Sex Marriage Prohibition Bill 2011 into law.

Most disheartening of these criticisms is from the so called twenty-four leading Nigerian academics, researchers, and journalists, who in a signed release from the United States titled “Nigeria’s Anti-Gay Law Is A Crime Against Reason” spoke out forcefully against the Same Sex Marriage Prohibition Law recently signed by President Goodluck Jonathan.

From Reno’s article, they had advocated for a strong diplomatic isolation against Nigeria. They wanted United States and the United Kingdom to impose diplomatic sanctions like denial of visas on state functionaries, including journalists, the clergy, and policymakers who they charge as accomplices associated with the passing of the law. They marshalled reasons why Nigerians should oppose this law, arguing that the decision was based on “a spurious, uninformed and one-dimensional reading of ‘African culture.’

Such a pity! Such a shame! Could it be that their environment had somehow warped their minds thus influencing their thinking? Because for the life of me, I can’t believe that Africans especially Nigerians would subscribe to such school of thoughts!

Truly as one Yoruba adage says when a leaf has sticked to a bar of soap for so long, it eventually becomes one too. Another adage says that a sheep that moves in the company of dogs will eventually eat feaces. May God help us!
I am Kemi Odutayo. This is my opinion. follow me on twitter @kemi_odutayo More to come on this topic.