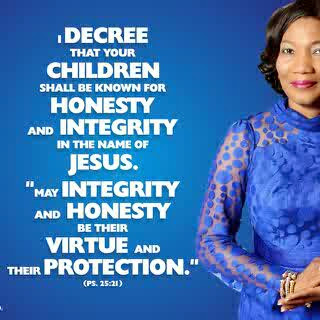 Where are the mothers? Or better still, so as to be able to answer this question satisfactorily, let's first ask : WHO IS A MOTHER? According to yourdictionary.com the term MOTHER can be used as both a noun and a verb.Mother (verb) : to bring up (a child) with care and affection.Mother (noun) : is a woman who gives birth or who has the responsibility of physical and emotional care for specific children.In other words, the term mother is not only restricted to females that birth children(biologically) but also to those who have taken up the responsibility of a mother! As mothers, our job has been cut out for us – we determine to a larger extent how our children turn out in life! No wonder the book of proverbs, chapter ten and verse one states : A wise son maketh a glad father: but a foolish son is the heaviness of his mother. As mothers, the onus falls on us. We have the responsibility to ensure our children grow up with care and affection to become kind and responsible citizens in the future.I want to draw our attention to some profound statements(in relation to mothers) made by one of our elder statesmen in a recent exclusive interview. I quote: "I will tell you something. Tinubu's wife is a Christian, Governor Fashola's wife is a Christian, Governor Amosun's wife is a Christian, Bisi Akande's wife is a Christian, Governor Ajimobi's wife is a Christian. For goodness sake, the children of these political leaders in Nigeria were bred and brought up by Christian mothers." – Major General
BuhariHmmm. Can you see the expectation of the world? That is the herculean task thrust upon us as mothers. Will we fail these children? Nooooo! Will we fail our generation and those yet unborn by not rising up to the task? Noooo! But we have no power of our own as mothers! That is why we need to come together as mothers and cry to the God of heavens for divine intervention in the lives of our children. WE WILL NOT FAIL!!!I hereby cordially invite you to the Lagos Mothers' Summit, 2014! Come! Let's dethrone every "Adonijahs" in the lives of our children through the power of prayers.

Venue: The Marquee, All Season's Plaza, Agidingbi Road, Ikeja Lagos(Parking space overflow will be at the Technical school, Agidingbi right beside the Hall)
Date: Saturday, Nov 1,2014Time: 10amTheme: My Seed is a Champion.Ministering: Rev Funke Felix-Adejumo (A Mother In The Land)WHERE ARE THE MOTHERS?