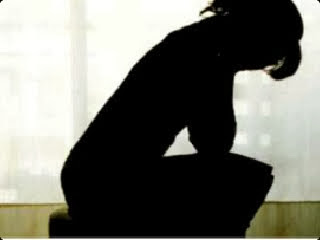 It is well! *sighing deeply* This is not just a cliché; its a prayer and a prophecy! Whatever may be an anomaly in your relationship; be it with your spouse, father, mother, sibling, in-laws, boss, staff etc will be resolved speedily with God’s wisdom IJN! I decree and declare that you WILL enjoy your relationship and God WILL use you to build others up!

In this post, we will be looking at the concluding part of our ‘open’  letter to see some essentials tips for women in abusive marriages! Mind you, this is not to say men are exempted from abusive marriages or relationships! Abuse don’t always have to be physical! It could be verbal! And some women are certainly known for their verbal prowess. Using this like an AK47 to reduce their men to a mere pulp. That is a topic for another day! Our letter continues:

How I Survived Marriage to a Manic-Depressive, A Letter to my Christian Sisters
‘BUT, I still have some advice to share with those who are not as fortunate to have good people around them.  So here It goes:
1. Don’t participate in your own abuse!  The word of God says, “You are wonderfully and fearfully made” (Psalm 139: 14), don’t let anyone convince you otherwise.  Daily, or even hourly, use affirmation to boost your self-esteem because the first battleground is your mind.  You win or lose the war first in your mind!  If your abusive spouse can convince you that you are worthless, you will justify his abuse and lie down and take whatever crap he dishes out.  Don’t beg, don’t cajole, don’t ask others to plead on your behalf; instead call him out for the abuser he is.

2. Once, you have settled it in your mind that you don’t deserve abuse (and nobody does); decide what to do about it.  And you have options.  You can (a) decide to live your life to the full despite and within the abuse; (b) separate yourself from the abuse/r; or (c) seek punishment for the abuser; or a combination of any and others.

4. Network with reasonable others.  My mother says, “Two co-operating heads are better than one.”  In other words, find people who will provide solutions to move you out of the abuse into bliss not those who would encourage you to keep on suffering.  If they lack proposals, engage the disposal (Note: you are going to lose many ‘friends’).  And if your environment is totally lacking of sane, forward-thinking individuals, turn to Google and find solutions for yourself.

5. BE ALERT!  Keep your senses sharp so you can skip town when your abuser gets too dangerous to live with.  Tips for a quick getaway: a) Have a separate bank account to keep money or tie it at the end of your wrapper.
b) Know the location of the closest domestic violence shelter or the home of a non-mutual, trusted friend.
c) Have a plan to evacuate your children from home or school at short notice.
d) Always have gas in your car and an overnight bag in the trunk.
e) Do whatever it takes to stay alive.

6.Plan not to die young.  Get medical attention when you need it!  Pray on your way to the hospital and fast when you get there, but GO, GET MEDICAL ATTENTION!  It is deception to expect someone’s prayers that didn’t heal a headache to somehow tackle the big C.  “Let us not be lying.”

In conclusion, do everything you can to LIVE!  Remember Abigail who strategized to stay alive rather than die with her fool husband.  And do it for God’s sake because He doesn’t want you to perish, etcetera.  After all, He allocated to you at least four score years.’

Hmmm. That brings us to the end of the letter! Sometimes we kind of turn a blind eye when we noticed abuse going on in a home, probably because either of the parties have been warned severally before entering the marriage. But can we because of this abandon them and stand by our mantra of ‘as you make your bed so will you lay on it’?

I so much love how Leke Alder expressed his opinion of this ‘mindset’ in  one of his articles titled Battery, Divorce and Dogma (jacknjillive.com) He wrote and i quote, ‘ Yes, she got pregnant out of turn. Yes, you warned her not to marry him; but all that is history now! She took foolish decisions, made mistakes of youth, just like the rest of us. The only difference is that the consequence of her decisions is a feature length horror movie. She’s married to a very violent and abusive man. He’s a troubled young man. Belongs to the sanatorium.

“Wife and girlfriend battering is now so rampant we’re culturally sedated into accepting domestic violence. Unfortunately mothers who endured abuse also tend to condition their daughters into acceptance. When their daughters complain of abuse they preach perseverance as circumstantial virtue. “Persevere my daughter. Marriage is like that.” No, marriage is NOT like that! Abuse is not God’s intendment.

The level of abuse described in your letter, any abuse, negates the very essence of marriage. Let Daddy know that the fact that he disowned her after pregnancy won’t erase the fact she’s his daughter. Her death will haunt him to the grave if he does nothing to rescue her. Does he want a haunting legacy?” End of quote!

What else can I say? There is no marriage in heaven according to the good book! And neither have I heard or read anywhere that priority will first be given to the married at the gate of heaven! However, one thing I know and i am also very sure of; the way and manner in which we treat our spouses here can actually serve as a deterrent to our making heaven.

Till my next post…a word is enough for the wise!