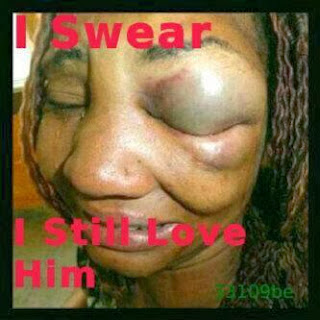 Hello everyone! It’s really a very sad moment when you allow your mind to dwell on the incident that happened between Titi Arowolo and her husband, Akolade on that faithful day in 2011.The horrible domestic violence resulted in the death of Titi and in the eventual death sentence (death by hanging) passed on Akolade! http://t.co/CwantzWzgj.

This more than ever brings home the fact that singles need to think well and hard before jumping into marriage! Marriage is serious ‘business’ and needs to be treated as such. It’s not for boys and girls but for men and women that are matured in mind and body! You can’t afford to be led by your feelings, emotions and desires (FED)! Love is not blind! Love is not just a feeling!

In his recent article titled – Battery, Divorce & Dogma, Leke Alder has this to say about love and emotions, ‘…tell me, this “love”, is it idiotic or what? Or is it foolishness? Is “love” devoid of commonsense? The problem often is that people mistake emotions for love. If you watch a sad movie you will become overtaken with emotion. The movie is not real yet you cry. That should give you an insight into emotion. It is no proof of reality. Just a chemical response to a trigger. Ordinary chocolate can trigger emotions. Emotion is not love. But we express love with emotion.

And many times it’s just the groin talking. A groin-centred relationship is blind-siding. If everything is pointing to a terrible and horrible marriage, why keep planning for it with gusto? Love is not blind. And if your love has cataract you better go for eye surgery.’

Insightful! I couldn’t have put it clearer and better myself! To the married, I will advice we accept our spouses for who he or she is and move on! http://t.co/IhnOPpyjD3 This is a ‘serious’ shout out to all married women and men out there! Don’t push your spouse to the wall…let him or her be! Please read my last 2 articles on what you need to accept in each other! It’s my prayer that you will find these posts helpful in your relationship; http://t.co/NZAlU7pIr6 , http://t.co/k0Hf8uCDg6

ANGER is indeed one letter short of DANGER! No matter the provocation! Self control is key! No body can drive you crazy except you give them your ‘KEYS!’ May our case be not like Akolade&Titi Arowolo!

Today, I want to share with us an ‘open’ letter written by a wife that was once abused by her husband. I believe some of these guys (abusers) need medical attention! Am serious! Or how do you explain Titi’s alleged 76 stab wounds if the testimony of the medical examiner is to be believed? Is this ‘mere’ anger? I beg to disagree! It looks more like temporary insanity to me!

This letter was posted on the internet shortly after the story of another lady who died in her abusive marriage, went viral. Please read on and let’s learn from this! She writes:

How I Survived Marriage to a Manic-Depressive, A Letter to my Christian Sisters
Posted on June 16, 2013 by admin in Strategy
Ojú l’ak`an fi nsori (The crab uses its sensitive eyes to stay alive) –  Yoruba proverb
Enough already!  I just read the story of Omodolapo Yetunde Jagha (nee Olotu), a devout Christian wife who recently died of cancer in the Dublin, Ireland.  Her story (meant for a later post on this blog) and letter to the public include accounts of her pastor husband’s infidelity, domestic violence, and religious dragooning.  But the most grievous of his heinous crimes was to coerce her to “fast and pray” for her healing rather than seek medical attention in her fight against cancer!  While I can’t confirm the veracity of her story, it is all too familiar.

In February, I read a similar story about a lady who was beaten to death by her abusive husband. Prior to her death, she had been counseled by her pastor, parents, and well-wishers to remain in her matrimonial home and to endure the abuse.  Like Yetunde, she died from abuse.
While I can go into a treatise on how the church is failing abused women, sending them to early graves instead of providing a refuge, it is not my purpose in this piece.  For sure, it is no secret that many who parade themselves as pastors today are nothing but glorified thugs and hustlers.  It is also a fact that many denominations demand little or no accountability from those they place on pulpits in their parishes, focusing instead on remuneration and empire building.  Ipso facto, we cannot rely on religious pundits whether big and small to protect the victimized.  Thus, my purpose in this piece is to EMPOWER THE VICTIMIZED!

By their fruits, (NOT by their professions), ye shall know them says the good book.  Too often, we don’t take these words seriously.  When a person borrows without repayment (see my article, Of Liars, Borrowers, and Thieves), lies habitually, and generally bullies those around him, HE IS A THUG.  He may tell you, he is a man of God, an excellent husband, or wonderful father; those titles are merely a figment of his imagination.  He is a thug and should be treated as such.  When you don’t treat such men as they behave, you get tragedies like Yetunde’s.  For instance, when she once got a restraining order against him, she was advised to drop it.  Yet, a restraining order is only the beginning of a survival plan against thugs, bullies, and hustlers.

I got married mid-1997 and by March 1999, my husband was expressing the symptoms of manic-depression.  In his manic stage, he would stand upstairs in our high ceiled home and yell curses down at me holding our three month old baby.  This would go on for about three days then he would hit a depression and go around moping about how sorry he was.  Having never experienced abuse, I had no clue what was going on in my marriage.  I mean, an average disagreement would turn into a shoutfest – him shouting and me locking myself in a closet till he was done because he’d told me I could not leave the house during an argument.  Eventually, things got to a head and we involved his friends who advised me that there was something horribly wrong with their friend.  I stood my ground and made him go seek medical attention but he refused to accept the diagnosis of bipolar disorder.  So the war began.

For five years, we lived the bipolar roller coaster of highs (mental and emotional abuse) and lows (remorse and sadness).  Initially, there were periods of tranquility between episodes but after he lost his job, the frequency and gravity of outbreaks went haywire.  The first time I considered leaving, my pastor counseled me against it and the church began to work harder at monitoring him.  I took out restraining orders, changed my child’s daycare and the locks to the door till things appeared better.  Then came the day, rather the night, that determined the fate of my marriage.  We had gone to church in separate cars and he’d returned home before us.  When I drove into the garage with my two girls and their nanny, he was waiting.  As soon as we went indoors, I heard a banging noise from the garage.  I found him hitting my car with a hammer.  I asked, “What’s the matter?”  He replied, “hand me your keys or I will smash this car to bits.”  Now, I was in a quandary because if I turned over my keys, I would be stranded and unable to leave the house yet I could not watch my car being smashed to bits.  So, I made a split second decision to get into the car and head back to church which was seven minutes away.  

Unfortunately for me, he followed me in his car and tried to run me off the road (you know, like in the movies).  Once, he passed my car and threw the hammer through my window.  The side glass shattered.  Then he butted my car as I tried to avoid his.  Thank God, I live to tell this tale.  Nobody needed to convince me to LIVE, FOR GOD’S SAKE!  Hmm, that could also be written as LEAVE, FOR GOD’S SAKE.  But I would never forget the words of a sane pastor who advised, “I have met your parents and I would not like to be the person to give them the bad news of your demise.  Do what is best for your children.”

So, how did I survive?  Obviously, by the grace of God, but also by a lot of quick thinking and strategizing.  I still have the quick wit to disappear in the blinking of an eye, along with my kids if I sense danger, lol).  And I must credit my pastors who were supportive and forward thinking.  I didn’t get many statements like, “Stay with him, you know he means well” or “A wise woman builds her home.”  Instead, I got sound strategies and when those failed, quiet resignation to the unavoidable.

Hmmm. My friends, may we not experience calamity in our homes! This is not the end of the letter. She still have some few tips on how to survive an abusive marriage. I will be sharing this with us in my next post. Till then…let’s ask for God’s help in our relationships!