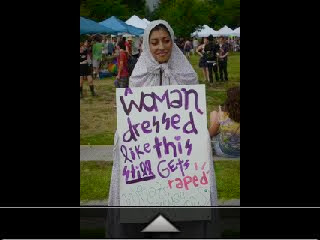 Hello everyone! I bless God for the gift of life! We are indeed in the month of March. Wow! Hope we are still working on our goals? Please don’t give up! Remember, If it is important to you, you will find a way. If it’s not, you’ll find an excuse.

Today, I will be featuring a very touching story. And I want every parent or everyone desiring to be a parent in the future to take note and pay special attention. I want us to take this as a sequel to the post I titled,’ So so sad!'(http://bit.ly/1erSw2b). If you haven’t read it please click on the link to do so.

This story is a real life account from a victim of Rape, Abuse and Molestation. Surprisingly, the victim in this case is a male! Yea! Male do get raped too! So this disprove the case some people are pushing that indecent dressing is the cause of Rape cases!

I came across this tweetcast over the weekend on #AARtalk (ABUSE AND RAPE TALK) via these twitter handles: @KICKagainstRAPE @Tonie_leo @Grace_Festus. I wondered how I could add my voice to #KICKAGAINSTRAPE campaign. This is my own little contribution. Let’s read on! I have done the tweets compilation so as to make for an easy and an uninterrupted read.

“Am voicing out to minister not just to tell a story. It is a ministration. I speak from my soul. An enabling grace has been given. It is a story of healing and forgiveness. Turning ASHES to BEAUTY. It’s time to SPEAK OUT! 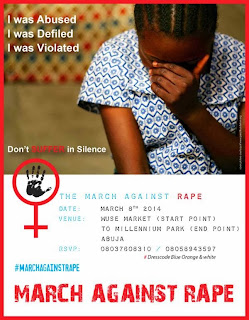 Good evening YOUR EXCELLENCES! it is an honour to grace this platform. Am Nnamdi Amos Okereke by name. Am a Survivor and a Victor of Child Abuse, Molestation and Rape. Yea. Men do get raped too! My story is not that of sorrow. No! It is not. I’ve found the positive in my regret. AM HEALED and I want to heal someone too. Am voicing out to minister not just to tell a story. Hence, this is my story :
I am the first child of my parents. I grew up in the midst of house maids and relations daddy was training. My parent are career personalities and business tycoons. Dad is always out of town sometimes two months or more. I grew up spending time with mum who also has her target to meet up with; family, education, business and career. My siblings and I were pushed to the maids and relations who happens to stay under same roof with us.

Lest I forget they were trusted. They exhibited good characters and credibility including trustworthiness in every endeavours. That’s how they earn the trust! But they were doing underground works. Using my siblings and I to carry out their evil deeds and plans. To the point of telling and teaching us how to steal from dad’s wardrobe and mum’s purse. This was when I was 6years old.
The only person you can trust to give your child eligible training is your spouse. It all begins with you.

One evening my parents travelled leaving us with the maids and relations. One of the female maids called me into their room. And asked me to unhook her bra. Me? At the age of 7? Unhook a bra? I tried but couldn’t and she taught me. She said …
“Remove the bended pin from the hole starting with the one up and you’ve unhooked a bra.”
“Simple thing you don’t know how to do!”
She warned me seriously not to tell anybody or she will pour hot water on me like our neighbour’s maid did to their son. Her threat worked like she intended because I was afraid. Especially since we spend most of our time with her and the others. I never spoke a word to anybody so she won’t pour hot water on me. Hence the “unhooking job” continued and graduated. It graduated to pressing and sucking of her breasts.

On the 2nd day, I refused. She went to boil water and brought it to show me. She said, ‘it’s either you suck my breast or I will disfigure you with this hot water and I will tell your parents it was an accident!’ Of which definitely my parents will believe because she carries us like an egg when my parents are around. It became a routine. She sucks my penis and sometimes ask me to put head inside her virginia. I always cry and she will beat me to cry more.

One day I wrote a letter and gave my mum. I asked her not to read it until she was out of the house. That was my first letter to my parents. I told her in the letter that,
” aunty **** always ask me to lick her chest and press it like balloon but I don’t like it. She always tells me to remove her singlet. Mum, am dying.” That evening I patiently watched for actions and reaction but didn’t see any. This act continued until she left my house.
She left and the next person that came took over. She was harsh and brutal. Months after her arrival she showed what’s in her. Whenever I refused to do what she wants, am starved of food. In my parents house! My sister was also experiencing her own abuse in the hands of some of Dad’s male cousins staying with us. It was horrible! She was asked to suck and massage their penis.

I fainted one day on my way back from school because I was starved in the morning for refusing to touch her breasts the previous night. I was starved on several occasions and received beatings like a criminal at a very tender age, under my parents’ nose! This act of abuse continued until I left for the boarding house for my post-primary education where I met another horror.

Parents, please establish a communication line with your children. Make it open and be observant.

My bunkie became my nightmare. First of all he showed me love, care, protection and kindness. Seniors don’t touch me because of him. He was an horror in disguise. Before then, an aunt’s friend became fond of me and always calls me “my husband”. She use this to carry out her evil desires unknowingly to those around us. This aunty was so kind. She buys me gift and was using me as her toy. It now became a part of me. No one suspected.

One night(in the hostel) I felt a strong thing inside my mouth. I woke to see my bunkie (on my up bunk) with his penis inside my mouth. I shouted! He covered my mouth and asked me to maintain that it is a normal thing. I asked him to get down or else I would scream.

Early in the morning, he woke me up and pleaded with me to forgive him. He said he didn’t know what came over him. And not to tell anybody. He said it was the devil’s hand work. He fetched water for me that morning and got my breakfast – “Bribing”
A fortnight later, I woke up to the feel of his hands on my buttocks. My pyjamas already down below my waist. I asked him what he was doing and he said he was checking if am cold. I warned him never in his life to touch my body. From that night onwards I started sleeping with a knife under my pillow which I used on him two days later.

Hmmm. Pathetic, won’t you say? The concluding part comes up in my next post. I hope we have seen that communication with our kids is non negotiable? We really need to be deliberate about our style of PARENTING.

This week, there is going to be a Peaceful WALK tagged ‘NIGERIAN WOMEN MOURN’ in honor of all victims of the Bornu, Yobe and Adamawa Massacre. The essence of today’s post is to encourage us – LET’S MARCH AGAINST RAPE TOO!
An #EventWorthAttending: The #MarchAgainstRape | March 8th | Wuse Market | RSVP ~ 08037608310

Till we meet again…the lives of our young ones will be preserved in Jesus mighty name!