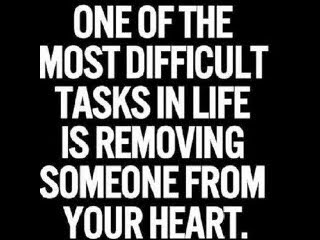 Hello friends! I believe we shall hear Good News concerning #OurAbductedGirls in Jesus Name! Listening to the President of Nigeria, Goodluck Ebele Jonathan on the Presidential Chat broadcasted live yesterday, its obvious that this abduction is still a mystery to them as well! As if they are not making any headway at all! Very disheartening, I must say. I therefore enjoin us to intensify our appeal to #BringBackOurGirls! More importantly we need to continue our petitions to God for the preservation of their lives and their eventual freedom. May He comfort and keep the affected families' hearts at peace in Jesus name.Hmmm. We can't afford to lose hope. Let's hold on to the God who is able to use the foolish things of this world to confound the wise! He will surely deliver us in this nation! To keep depression and despair at bay, let's continue with the book #SecretAnguish. Read, rest and relax with the Chapter 2.CHAPTER TWO
Tina hoped she has not taken on an impossible task. She had really liked Steve and felt drawn to him since the first day he offered to drop her at home. She was, at first, skeptical but when she noticed his wedding band, she assumed he wasn't one of those guys trying to pick up babes.She remembered their first meeting. It was almost a year ago. She was a graduate assistant in the faculty of science at the University of Lagos where Steve also lectures. Tina was an assistant to Mr Segun Phillips who was Steve's colleague. He was the one that had introduced them. 'Sege' as he was popularly called, was a notorious womanizer. Steve's association with him continued to be a puzzle to people who knew him to be a Christian. The introduction, coming from 'Sege', had made Tina uneasy. Especially since she has had to fend off Segun's flirtatious overtures on several occasions.Few weeks later, she was leaving the faculty on her way to board the campus shuttle when a car pulled to a halt beside her. It was navy blue in color. She couldn't place the face of the driver and so decided to give whoever it was a brush off. She continued down the road but noticed the car crawling alongside her.
"Hello! Are you going outside the campus?"
The voice sounded somehow familiar and Tina was forced to face him.
" If you are, please hop in and I will give you a ride." He said in an exasperated voice.
" Thanks, I wouldn't like to take you out of your way, I will take the shuttle."She still could not place his face. Steve saw her response as the excuse it was. He was sure the lady could not remember him.
" Are you not Tina? The graduate assistant working with Segun Phillips?"
She was taken aback and looked closely at him.
" I'm so sorry, sir. I couldn't place the face for a minute. Now, I remember you!"
Steve leaned across the passenger seat to open the door for her.
" We were introduced in Mr. Segun's office. You are also a lecturer at the faculty."
" So, you now remembered." He said jokingly.
" Yes, I do and yes, I'm going outside the campus. Actually, I'm going home and I live in Palmgrove."
" What a surprise! This is quite a coincidence. I live there, too." Steve took to her instantly. He had heard so much about her and has been looking for an opportunity to chat her up. Segun has confessed that she was the only graduate assistant he had never been allowed between her thighs. She was something of a challenge and Steve had hoped he would be the one to break down her resistance where others have failed.

" Would you like to go somewhere for a drink?" Segun asked, turning on her his most disarming smile.To be continued