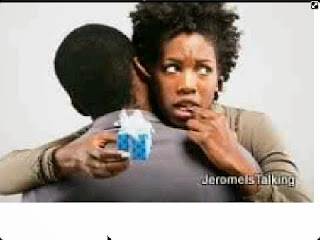 Hi friends! In this post, I continue with excerpts from my book SECRET ANGUISH. Read, relax and CHAPTER ONEShe re-read the letter once again,
"She has been my friend and confidant. In fact, she is my hope and inspiration .Due to her efforts and prayers; I have been trying to retrace my steps back to God. I can't imagine losing her. I have told no one, even you, about all my past atrocities and adulterous acts. She knows and yet, does not condemn me. I know you might not realize it but I've been through some terrible times. Several times I've felt like calling it quit with Mary. We don't seem to understand each other anymore.Now that I've found a friend in Tina, I'm about to lose her, too. All she seemed to talk about was his homecoming. I can't begin to tell you how jealous I have been feeling. She has always been there for me, she is the one I run all my ideas through and she had never for once discouraged or criticized me as Mary usually does. Though, a part of me is happy that she has finally found someone she is interested in, nevertheless, I cant but feel we can never remain as close as we used to be. I know the content of this letter might be a shock to you but please, tell me what to do. My prayer life is almost non-existent, my testimony in ruins and guilt and self-disgust has become my constant companion……."
Mary couldn't bear to read any further. The sense of betrayal she felt was unbearable. Tears came streaming down her cheeks and a dry sob escaped through her lips.
"Oh God! This is too much for me! How could this be happening to me? Could he be having an affair with Tina, too? And could this be happening right under my nose? How is Dave involved in all these? Is he also an accomplice in this crime against 'humanity'? I'm so confused!She knew for some years now that things had not been too good between her and her husband, Steve. But she had never envisaged that it could deteriorate to this level. Steve? Having affairs? Is Tina also trying to seduce him? God, this is so confusing!
She felt a painful tremor running through her .She could feel the beginning of a blinding headache coming on.The painful evidence of her husband's infidelity fell from her lifeless hand. She felt like someone that has been punched in the stomach. She became restless, picked the damning letter and left the bedroom. She has actually been in the process of emptying Steve's pants' pockets, in preparation for dry-cleaning when she discovered the letter. It was a Saturday. The children were at her sisters' for the weekend and the maid went along to keep a watchful eye on them. She sat down on a sofa in the living room, prepared for a 'showdown' – confronting Steve with the revealing letter. Look out for chapter 2. Till my next post, let's continue to pray for Nigeria as we confess #OurGirlsAreOnTheirWay