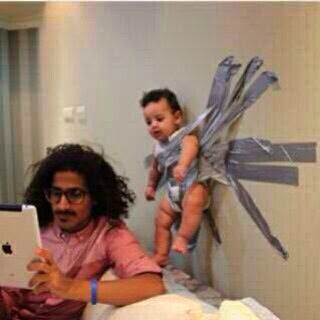 Hmmm. Friends…yea, I know. Its been quite a while. I have missed you all. Really, really missed logging… but duty called and I had to answer. ‘What duty?’ Am sure that’s your silent question. I will try my best to give you an answer.
But firstly, how have you been? Hope you are not allowing the situation of things in our nation, Nigeria, to overwhelm you? How are your goals coming along? Great? Not so good? Hmmm. Friends, I want you to know that the score at half time is not often an indication of how the game will end. As we enter the 2nd half of 2014, no matter what you are presently going through, I am trusting God with you that by 31st of December, you will have cause to testify of God’s goodness and faithfulness.
Hmmm. Friends, In view of recent happenings, I am glad of my decision to answer the call of duty. Children need their parents especially, young children on the verge of treading the waters of adolescence. I had had to resign from my former place of employment because I realised I have little or no time to spend with my kids. I was missing my opportunity to partake in the moulding their characters. Consequently, I started working from home and the bulk of our financial responsibility now rested on my hubby.
Our first son got admitted into one of the mission secondary schools because that’s what we could afford without breaking the bank. His siblings were in different schools as well. We also decided to put him in the boarding house to launch him into a season of self reliance and independence.

During his second term, I felt a strong urge to withdraw him from the school. Not because of a low academic or moral standard but rather because of some doubtful habits he picked up as a result of unwholesome associations. And also because of tales of happening in the hostel. We were wise enough to see we needed to do something differently. We decided to do what is needful though very inconvenient and stressful, to preserve his childhood. We believe so much in preserving the children’s childhood rather than repairing it later on in years if something go wrong.
With the consent of my hubby, I withdrew him from the boarding house and he became a day student. Consequently, i became their (he and his siblings) chauffeur to and fro school. It was a forty five minutes’ drive from our home in Magodo; detours here and there, all things being equal. I thought it was okay but I didn’t bargain for the stress. The school runs got so distracting that blogging was relegated to the background.
With hindsight, however, I wouldn’t have it any other way. On the ride to and fro school, they got to ask me questions. About life. Questions that I wondered who my first son looked to for answers when he was a boarder. I got to settle a lot of sibling squabbles and discovered the uniqueness of each of them in the process. I also discovered in amazement their core temperaments and personalities.
I can’t claim to know it all. Neither can I say I am doing a perfect job of parenting. But one thing I’ve come to realised is the power of being AVAILABLE! Not just physically but also emotionally and spiritually. This piece is just a wake up call to make amendments if need be! God will grant us wisdom.
And after having done all, to commit them into God’s hands for they belong to Him. We are only custodians! My heart goes out to the Ajayi family; especially the mother and wife! I can’t even imagine her state of heart right now. (Redeemer’s University Student Who Killed Father Says Its Spiritual http://t.co/7NH4j0ImnV)
Father we receive a manifestation of your redeeming love and Grace over the Ajayi family. We ask that you guard the heart of our sister and her children with peace. We ask Lord that you cause them to hear ONLY the voice of the Holy Spirit. That you shield them from the tongues of men. That you answer the questions in their hearts.
We pray that their faith in you will not be shaken. We receive courage for them to hold on to you firmly and that you cause their faces to be lightened and cause this seeming shame to be dissipated in Jesus name. We ask that Mr Ajayi’s death will not be in vain but that it will be a ransom for his killer. That the boy will encounter Christ and make it to heaven. In Jesus Mighty Name we pray!