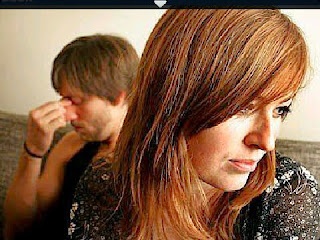 The appeal and search to #BringBackOurGirls still continues in my nation, Nigeria. It is my prayer that God will uphold the girls, comfort their families and give our Government wisdom to tackle the menace called BOKO HARAM.I want to implore us all to continue to hold on especially in the place of prayers; to believe and confess without ceasing that #OurGirlsAreOntheirWay. And so shall it be!I received a BBM from one of my contacts this morning and it reads, "Deep stuff! A man forgave his wife who was involved in adultery, also adopted the child – result of the adultery, and they are still together after 25yrs with grandchildren! Incredible but possible! Can your marriage survive adultery?"Hmmm. Deep stuff indeed! What's your own take? Let's rub minds. You can tweet at me @kemi_odutayo with the hashtag #SecretAnguish or send me a mail via kaykem2010@yahoo.com titled #ReadRestRelax. Want to know my take? Then you have to join a host of others reading #SecretAnguish on this blog. Today, #ReadRestRelax with #SecretAnguish as I post the concluding part of CHAPTER FOUR. I hope to make the ebook available to my teeming fans very soon. Happy reading!Chapter Four ContinuesAll these are words of wisdom that Mary knew and have oftentimes used to counsel both the married and the singles intending to venture into matrimony .Is it that the words of God is less powerful and no longer relevant in this time and age? No, definitely not. The heart of the matter is the matter of the heart. The power is not the words but in the POWER that backs the words and whether the heart from which those words proceed are subject to the lordship of Jesus Christ who is the WORD personified. One thing she knew, which so glaring to her was that she has failed in her responsibility to pray for her home and especially for her husband. She had taken her marriage for granted and left it to chance.Knowing she had not handled the whole issue maturely didn't help the pain and the root of bitterness that was springing up in her. There was a hardness and anger in her that she wasn't able to dislodge. God, I need you more than ever before. Help me, oh Lord! She closed her eyes again and took deep breaths, concentrating on letting the tension ebb from her body, but she knew it was no use. Unless the whole episode was cleared up, things might never be the same again. Yes, she has messed up big time in the place of prayer but thank God she served a God of not only second chances but of many chances. A God of restoration! He can resurrect the deadest of marriages but it takes letting go of the past and all hurt associated with it.With the way she was feeling right now it would take God to wroth that miracle of letting go. She was just thankful that the kids were not due back till the following week. Since she was now fully awake and doubted she would be able to go back to sleep, she swung her feet off the bed. She padded silently down the stairs through the dark house. She assumed it was Steve that had put off all the lights the night before.She picked her way to the living room guided by the reflection of light coming from the table lamp and found Steve sprawled out on the settee, soundly asleep and fully clothed. Gingerly, she moved closer and removed his shoes. His features were relaxed and he didn't look a bit like a man approaching forty as he actually was.Steve was still very much the handsome man she had married more than a decade ago. A ray of something that resembles tenderness flooded her heart and she sighed. She retraced her steps back to the staircase forgetting her original reason of coming downstairs; getting something to drink from the kitchen. End of Chapter Four. Watch out for my next post! #OurGirlsAreOnTheirWay